This blog was written by Taylor, Mayno “A Very Ancient Mariner”. He shares his travel experience with his EasyFold PRO 1.0 Model  power wheelchair.

Having taken delivery of my EasyFold PRO in July of this year it was time to put it to the test by taking it on a 17-day trip that involved three different airlines; a cruise ship; five countries; numerous taxis, limos, elevators, and large crowds of people with lots of toes to be avoided.

Here is my report.

At 10 pm on the 8th of October my wife and I departed Halifax bound for Dublin Ireland via West jet. Having reported to the agent that we had an electric wheelchair and that I wanted to drive it to the aircraft door and retrieve it on the tarmac in Dublin this was easily accomplished by my agreeing to remove the batteries and the controller and placing them in my carry on bag. Seven hours later the EasyFold is seen in Dublin airport having seamlessly completed part 1 of the journey. 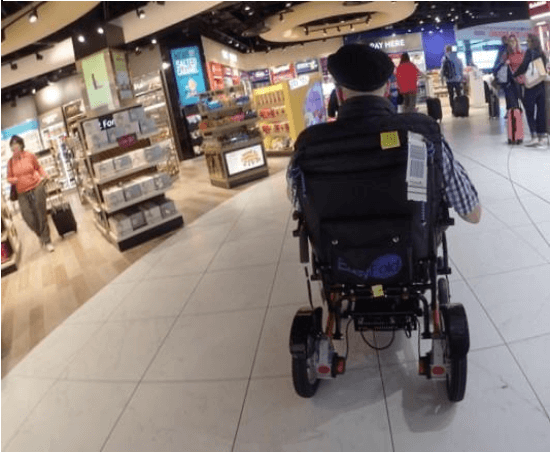 After staying for one night in an airport hotel we departed the next day for Rome Italy via Aer Lingus.

In their case they allowed us to leave the batteries in place and we drove to the aircraft door where we left the chair and we retrieved it at the baggage carousel in Rome airport with the installation of the controller we were ready to roll off to a local B&B . Part two complete no real hiccups.

On 10 Oct. We departed in a limo for Citiaveccia where we joined the cruise ship Celebrity Infinity for a 14 day cruise to Miami Florida. Getting aboard was a simple procedure as I was able to drive the chair all the way to our cabin. 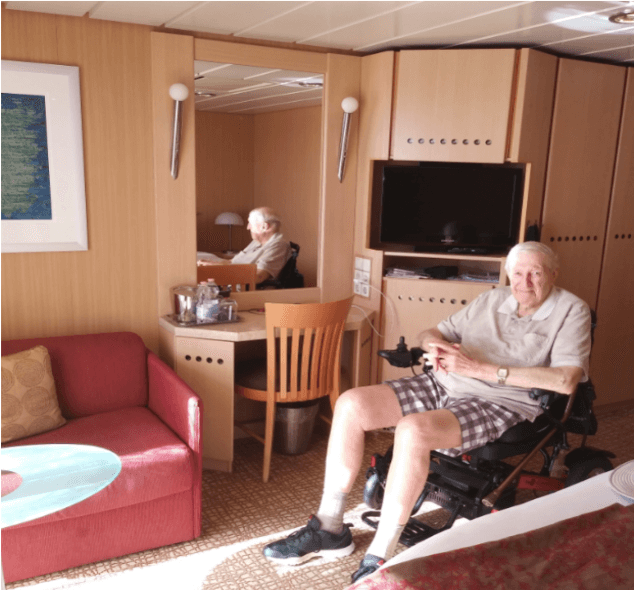 Now commenced an interesting series of maneuvers  in close quarters trying to avoid 30,000 toes in passageways, elevators,bars ,restaurants, theaters etc. Because of the excellent control system this mission was accomplished with one exception. I must remember to get my wife a pair of steel toed crocs.

Hence a very enjoyable 14 day transit to Miami began. With stops in; 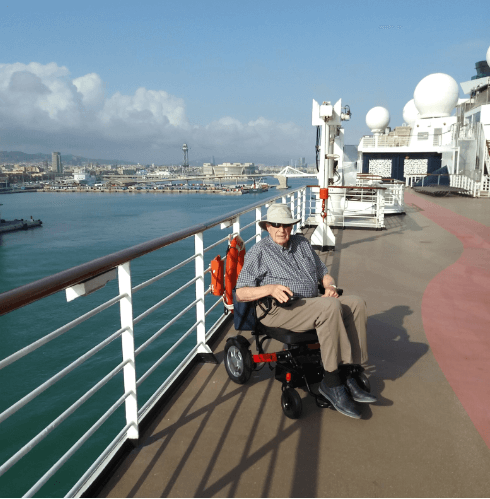 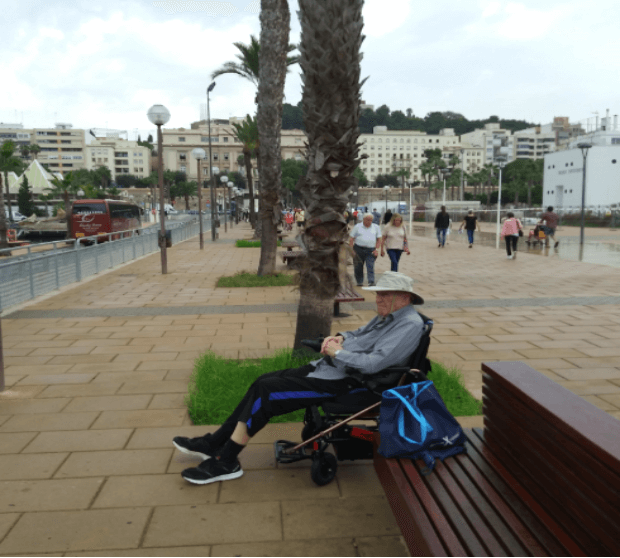 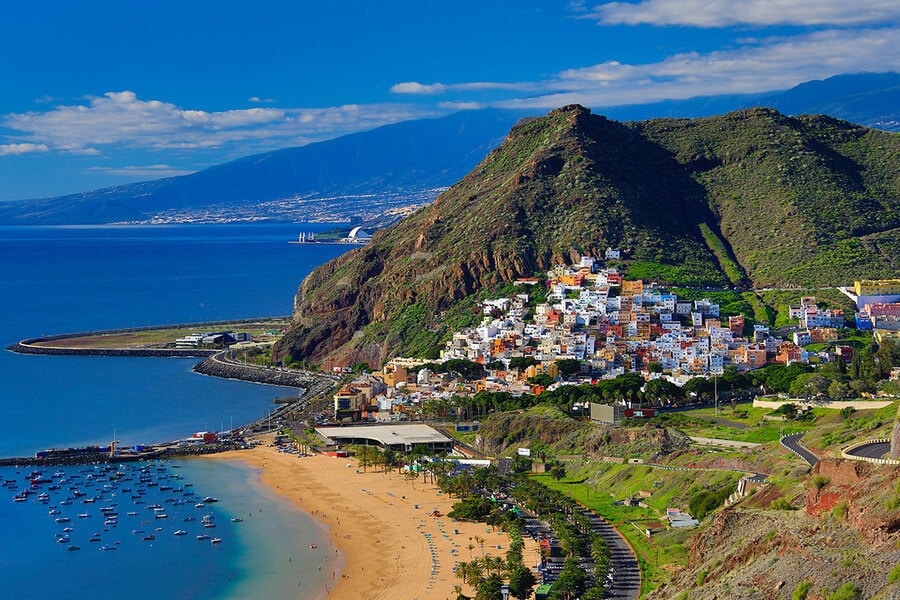 The best features of the chair for me played out on the next eight days. Most cruise ships I have been on provide seating suitable for Hobbits. Consequently I am always struggling to find a place to sit that I can get out of easily because of my long legs and wonky knees.

The EasyFold PRO certainly contributed to my cruise enjoyment: because of its maneuverability I was able to dine in any of the restaurants by driving right up to the table while remaining in the chair to eat all my meals. Also I could attend the theatre and lectures without having to worry about seating as I always had the most comfortable seat in the house.

When we arrived in Miami it was time to leave the ship and travel back to Halifax via Air Canada flight with a stop in Toronto. Because of a Disembarkation hiccup caused by the ship we were rushed at the ticket counter. And when Air Canada asked us to remove the batteries to take in our carry on this was not possible because a wire lead from the controller to the battery terminal was seized and could only be loosened with a pair of pliers which nobody had at the time. The end result was that the batteries remained in the chair and the chair was checked through to Halifax where the problem was solved once I had access to some tools in my condo.

The EasyFold performed flawlessly on a long trip because it is a very well designed machine that is probably the best on the market. Certainly there was a lot of interest from fellow passengers many of whom sported canes and walkers. From my viewpoint this walker receives a rating of ten out of ten because its versatility and practicality exceeded my expectations.

“EasyFold On a 15,000 Mile Odyssey”  is written by T Mayno Taylor, A Very Ancient Mariner.

We are Canada’s most portable fold-able power wheelchair.